How To Outline Your Novel Before You Write #ChaBooCha 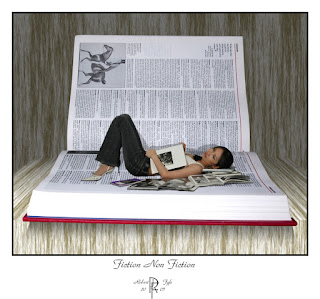 I believe that creating an outline for your story is a very efficient way to plan your novel. But I have a confession to make; I have never created an outline for any of my stories. Of course, this might explain why they sometimes meander into territory that they weren't meant to, and it might also explain why a magical stone is found in the first few chapters of one of my stories and given great significance at the time of it being found, but is never mentioned again later in the novel. If I had created an outline, I might have mentioned it later in the outline and been able to REMEMBER what, exactly, I had been trying to write.

That's the key ingredient that an outline brings to your writing endeavors: organization. And while it's keeping you organized, it is keeping you writing within your plot construct and it keeps your writing consistent within the story. My last novel actually stuck really well to the plot structure and I somehow managed to keep all the little details consistently portrayed throughout the story, even using some foreshadowing at the beginning of the book and remembering to play the foreshadowed event out later in the book. But when I write by the seat of my pants, or "pantsing it" as so many of my writer-friends call it, such consistency is not typical.

You might be wondering how I am going to teach you how to write an outline when I have never done one before. I'm wondering the same thing, but just bear with me a bit longer. I am hoping that all of my meandering thoughts on this will bear informational fruit as I go along.

Originally, I thought it would be useful to ask around the Chapter Book Challenge members, including several published authors, and find out how they outline their novels. I thought I would make one big post showing all of the different examples given by everyone. Sounds like a good plan, right? Um, no. You see, it turns out, to my surprise, that very few of the Chapter Book Challenge members, including the multi-published authors, actually outline their novels before writing them. And the few who do, don't really outline; they just write a quick synopsis and try to follow it loosely. One of them writes a loose outline by listing chapters and what happens in each one. But basically, my brilliant idea of asking around for examples wasn't so brilliant.

I will admit to writing an outline for one of my books so far. It wasn't for any of my novels though; it was for my non-fiction book, "Skinny Dreaming." I basically just outlined this book by writing subjects for each chapter. It's a healthy living and fitness book, so each chapter was given a topic relating to either health or fitness or inspirational stories or healthy recipes and so on. None of that is really helpful when trying to work out how to write an outline for a fiction novel though.

If I were to outline last year's middle grade novel (the one I write for the ChaBooCha), it would go something like this:

Title: The Magic Necklace
Synopsis: 12 year old Sandra finds a magic necklace in her attic that gives her the power to read minds. Due to this new power, she finds out about a dangerous plot to rob the bank her mother works for and, while trying to stop the robbery from happening, she learns that her powers are not limited to just the necklace and that there is more to the men robbing the bank than meets the eye.
Chapter One: Sandra finds the necklace and learns of its power
1. She tests out her new mind-reading powers on her family.
Chapter Two: Sandra goes to school, wearing the necklace..
1. She finds out the thoughts of her friends and also of the girl who hates her.
1a. She's able to foil the hateful girls attempts to embarrass her.
Chapter Three: Dream sequence where Sandra learns about her grandma's connection to the necklace
Chapter Four: Sandra finds out about the planned robbery.
1. She tries to warn the security guard at the gate bit isn't believed
2. She notices that she is being followed by one of the robbers
Chapter Five: Sandra plans a way to stop the robbery from happening
1. Sandra puts her plan into action
2. The robber that got away
Chapter Six:  Dream sequence where Sandra finds out from her grandma that her powers are not limited to the necklace
Chapter Seven: Sandra gets kidnapped by one of the robbers.
1. She finds out that the robber has powers too.
Chapter Eight: Sandra makes her escape.
1. She gets lost in the forest while running from the cabin.
Chapter Nine: Sandra has a vision and a new power wakes up inside of her.
1. She meets her animal guide in person.
Chapter Ten: Sandra fights back.
1. She finds a ride to safety.
Chapter Eleven: Sandra is safe. The bank is safe. Her family is safe.
1. But what about these new powers and the feeling that someone else is after her?

I know that it isn't a very good outline and that there are some much better outlines out there. Keep in mind that I am writing this as a brief showing of what the outline might look like, so I haven't spent a lot of time on the content of the outline. Then again, in an outline, you don't actually need to spend time on the content. An outline is just a way to keep you reminded of what you are writing and the sequence it is intended to be written in. You don't even need to have complete sentences.

This outline is for a middle grade book. If I didn't want to write it in chapters, I would write it out in a brief summary of plot points, like so:

The Magic Necklace
1. Finding the necklace, the magic
2. School conflict
a. reading her friends' minds
b. her school nemesis
3. Dreams
a. learning about the necklace
b. learning about her powers
4. Finding out about the robbers
a. making a plan
b. taking action
5. The kidnapping
a. learning there are others with powers
b. escape
6. Fighting back
a. getting home
b. questions for the next book

In this summary of plot points, there are three main themes: the magic necklace and her own growing powers, school and all of its joys and conflicts, the bad guys: foiling them and escaping them. Because it is the beginning of a series, there is also the overarching theme of her growing powers and the separate organization (she learns of through the one robber) of people with powers who use them with evil intent.

If this had been a chapter book, there would not have been any subplots. There would be one overarching plot point, due to this being a series book, and one separate conflict point for her to deal with in this first book, such as the robbery and foiling the robbery.

One of the books I am thinking about writing for ChaBooCha 2013 is about a young girl in a fantasy world that is very different from our own. She gets kicked out of her tribe because they think she is a witch and she has to survive on her own in the wilderness. She finds a cave and travels through the tunnels within the mountain until she comes across a dragon. The dragon flies away, leaving behind an egg. That's as far as I have gone with that particular story idea though, so it is going to be difficult to write an outline for it when I'm not even sure about the plot. The same thing goes for the story about the girl who learns she can change into a cat, any kind of cat she chooses. I have lots of ideas, but I usually just start writing the stories and seeing where they take me as I write. There is a kind of magic in writing my stories this way. It's as if I am letting the stories write themselves and I am just the conduit.

What about you? Do you outline your novels before writing them? If so, how do you do your outline? And do you think it helps? If you don't outline, why not?

By the way, during the challenge, one of the books being given away as a prize is "Outlining Your Novel: Map Your Way to Success" by K. M. Weiland. Make sure you check back and comment during all of the posts during March so you can be entered for all of the different prizes throughout the month!