Get your Kindle copy of "Teapot Tales" now! #ChaBooCha #ChaBooChaAnth

"Teapot Tales: A Collection of Unique Fairy Tales" is available to buy for your Kindle now. I now know how much work is involved in preparing an anthology of stories written by different people. It's a ton of work, but I am looking forward to doing it again next year. (I'll be doing it again later this month when I put together the anthology for the Creating a Female Superhero Challenge.) 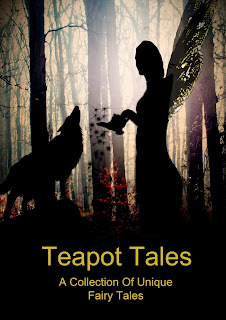 This beautiful cover is created by Kelly McDonald who also has a story in the anthology.

This anthology holds an entertaining collection of fairy tales, from twists on the classics to completely new stories to enchant readers of any age.

All the proceeds from sales of the Teapot Tales anthology will be going towards the Chapter Book Challenge, helping keep it free for everyone to join.

Look for the print version to become available sometime in September. I'll be sure to let you know here when it happens.

Now, go get your Kindle copy of Teapot Tales now!

UK version
Posted by Becky Fyfe at 15:58 No comments:

I am posting all of the submissions I received for the book cover for the fairy tale anthology. It's up to you all to vote on which one you like best. I will not include names with the submissions, so no one can claim "friend voting." (Not that any of you would actually do that!) Also, I am not voting unless we need a tie breaker.

We have until midnight GMT tomorrow night to vote. Vote by stating which one you want as the cover in the comments. Each one will be given a number and you vote for the number you like best. Please ignore any titles in the pieces up for voting as some of these were sent in before we had chosen a title, so people left it as "title" or put a sample title in. Whichever one you choose will have the correct title in the finished product. 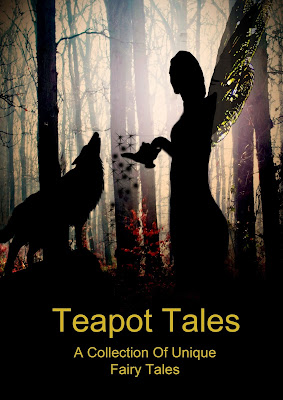 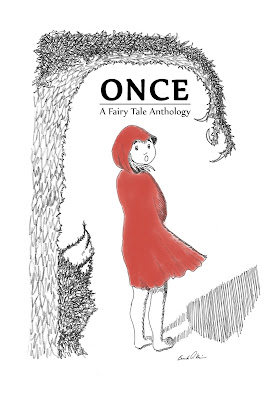 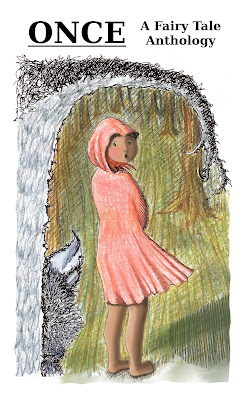 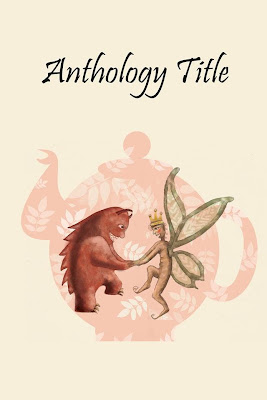 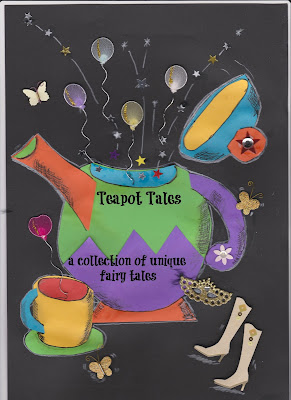 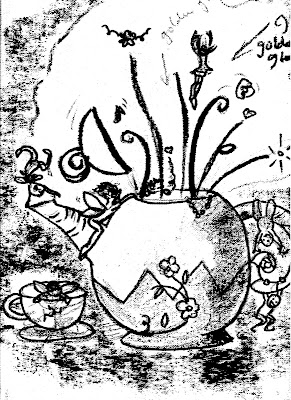 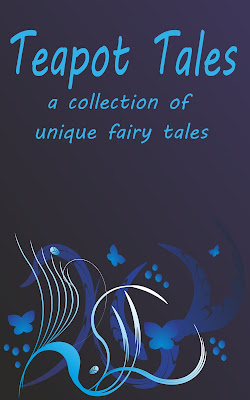 So there you have it. You have seven covers to vote on and a limited amount of time to do the voting. So get voting! I can't wait to see what the final cover is going to be!
Posted by Becky Fyfe at 15:32 17 comments:


We have a title for the Chapter Book Challenge fairy tale anthology and now we are getting together some covers for you to vote on. The cover vote will be up on the blog tomorrow for your vote. In the meantime, I thought it would be fun to list all of the stories (and their authors) that will be appearing in the anthology. So here is the table of contents for "Tea Pot Tales: a collection of unique fairy tales":


As you can see, we reached 35 stories! We also have some beautiful line drawings (like the one above by Cecilia Clark) that have been created for the interior of the book. The Kindle version will be released soon, and the print version shortly after it. It's starting to get to the exciting part of the process where the end is in sight!