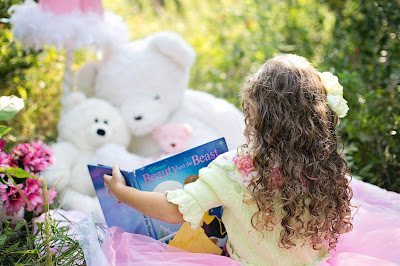 Becky initially asked me to write a post about “How I got my chapter book contract.” Her request came around the same time that I published a similar story on my blog. You can read that post here. Instead of repeating myself, I’ve decided to share some chapter book knowledge that I picked up in the process of turning my picture book into a chapter book.

As with picture books, there is no perfect formula for writing chapter books. However, there are great guidelines. So, what I offer is meant to give you a sense of direction and order when writing. It is not intended to say this is the ONLY way to go. This post only touches on some basic elements of chapter book writing.

In chapter books (and usually in picture books) action is important for keeping the young reader engaged. Like picture books, chapter books don’t have a lot of description. Unlike picture books, illustrations do not help tell part of the story. So, it is important to show and not tell. Show your characters in action. Show your characters reacting to their situation. And of course show their environment. But don’t get carried away with long descriptive passages. If you do, your young reader will lose interest.

I see writing chapter books as being similar to writing a number of individual picture books related to one big story goal.

So, each chapter has its own beginning, middle, and end that are all centered around that specific chapter’s goal. However, the chapter goal needs to relate to the big goal in some way. Everything that happens in the story should have a strong thread running between the problem or goal established in the beginning and the resolution presented in the end.

Just like the middle of a picture book, the middle of the individual chapter shows the protagonist’s attempts to overcome his obstacles. And as with a picture book plot, the chapter story tension escalates and sometimes falls. It may or may not fall, depending on where the author has chosen to leave the reader hanging.

Unlike picture book endings, individual chapter endings are not usually satisfying endings because you want to entice your reader to look forward to the next chapter. However, you do want to give your reader a sense of satisfaction with each chapter while still keeping her in suspense.  The ending of the chapter often comes in the middle of a scene. Doing this creates questions in the reader’s mind that she will want to see answered. Just as picture books often end with a twist, individual chapters might end with a twist. This engages the reader further.

PUTTING THE CHAPTERS TOGETHER

The combined chapters work to form the story or character arc related to the big story problem or goal.

Like the first page(s) in a picture book, the first chapter hooks the reader by presenting the inciting incident. This is the event that pushes your protagonist out of his ordinary world into the challenging world that the story builds. It also provides the setting, time period, and the voice and tone of the story. Naturally, it introduces the protagonist and maybe some other characters. Backstory is avoided or limited in chapter books for young readers.

The next chapters set the hook by deepening the reader’s understanding of the character’s situation.  They also introduce more characters.

Like the middle scenes of a picture book, the middle chapters show the protagonist’s attempts to solve his problem or achieve his goal. They offer unexpected turns, surprise setbacks, and changes that often require the protagonist to make a decision or choice. With each challenge and decision, the reader becomes more emotionally connected to the protagonist and the story and therefore become more hooked.

With each new chapter the tension rises and the stakes get higher until the protagonist reaches his DARKEST MOMENT. This is where he and the reader experience a period of defeat. This makes the reader want to keep reading while hoping for the best.

The darkest moment is followed by the INNER CLIMAX. The protagonist has some sort of lightbulb moment that causes him to think outside the box. There is usually a perceived or real risk in making the choice that raises the tension. This new thinking, or choice, or decision moves the story forward to the outer climax where the protagonist takes action on his new way of thinking. All the while, the reader is taking this emotional rollercoaster ride with the protagonist.

The RESOLUTION/CONCLUSION of the story presents a new perspective for the protagonist. The reader becomes aware of some sort of change or personal growth in the protagonist. All loose ends are tied up here. The reader should be left thinking about the story and maybe about how he relates, but he should not be wondering about missing elements that should have been resolved in the end. Often there is a surprise twist. Sometimes, the protagonist does not get what he set out to get, but he still learns and grows in some way.

A while back, I wrote a blog post on episodic stories. You can read it here. I wrote it for picture books, but it applies to chapter books as well. When you read the word “scene” in the post, think in terms of scenes within each chapter, but also consider each chapter as a scene. What I want you to see is that all scenes and all chapters need to be connected. I can’t really get into cause and effect in this post, but if you aren’t clear regarding what that is, do some searches and read up on it.

Before I teach an entire course on chapter book writing, I will end this . . . well, sort of. I want to offer a PDF with a basic analysis that I did on THE TALENTED CLEMENTINE by Sara Pennypacker. It breaks the story down as related to the tips I’ve shared in this post. I think it gives a very clear idea of how each chapter tells a story of its own, which is why I see them as being similar to picture books. It also gives a clear picture of how everything that happens in the story is connected to the problem established in the beginning and the resolution presented in the end. 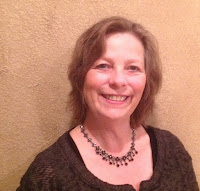 Alayne Kay Christian is an award-winning children’s book author and a certified life coach. Her picture book Butterfly Kisses for Grandma and Grandpa (Blue Whale Press, LLC) received the Mom’s Choice Awards gold medal and an IPPY Awards silver medal. Alayne’s Sienna, the Cowgirl Fairy chapter book series launches in April 2017 with the first book, Sienna, the Cowgirl Fairy: Trying to Make it Rain (Clear Fork Publishing).  Her picture book Mischievous Maverick is scheduled to be released by Clear Fork Publishing in early 2018. Alayne is the creator and teacher of a picture book writing course, Art of Arc: How to Writeand Analyze Picture Book Manuscripts. In 2016, Alayne and her husband sold their home in the Dallas, Texas area and became nomads as full-time RVers and part-time sailors. 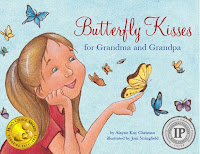 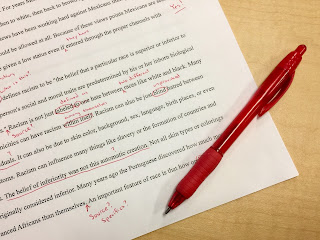 Alayne has generously offered the prize for today's give-away. She is offering one person a critique on the first five chapters of their chapter book. Only signed-up members of the challenge qualify for the drawing. In order to be entered into the drawing, leave a comment on this post. A winner will be drawn by a random number generator on March 31st.