Because some ChaBooCha members are working on graphic novels, I thought it would be a good idea to have a friend of mine who has some experience in the area of comic writing give you some tips for writing comic panels, because the process is completely different from writing stories. Michael's post is below. 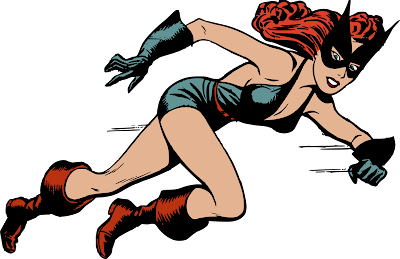 One of the hardest things to remember about writing a comic script, is that a lot of the skills you work on when writing prose have to be left by the wayside. The only person who will ever see the pretty metaphors and poetic imagery you come up with is the artist, and the artist doesn't care! In fact, it will get in her way when trying to figure out what you are trying to instruct her to draw.

Writing for comics is also different from writing a video or stage script, because every panel description has to be completely static. Pictures on a comic page don't move, so you can't show someone walking from one place to another in a still image, or performing multiple tasks. One of the mistakes I make all the time in my scripts is to have someone nodding their head or blinking their eyes, and even that sort of simple motion isn't something that can be depicted in a still image.

You also have to think about how many panels will fit on a page. As a general rule, I average 4-6 panels per page; 1-3 panels will make every event seem explosive and climactic, and 7 or more will tend to make actions seem cramped (and are best reserved for scenes of rapid-fire dialogue).

You also don't want to crowd out you images with too much text.  Typically no more than two or three sentences per panel is recommended,

Remember that your artist probably has more experience with visual imagery than you do, and may need to make changes from what you have in your head. That doesn't mean if something is very important to you that you can't ask for a correction, but try not to be a "diva" writer and be prepared to have an open dialogue with her.

As an example of some basic formatting, here's a sample page from a script adapting a story my daughter wrote when she was eight:

A girl with blonde, wavy hair of about nine years old, in school uniform, is sitting by herself on a bench off to the side of a schoolyard.  She has a slightly distressed expression.

A woman in her early twenties approaches the girl.  She is dressed in 'work casual,' but she has a plastic belt and sash around her waist and torso, obviously some sort of designated school authority figure.  The girl has risen to her feet and is holding the tip of her tail in her hand to show the woman, although the tail seems like it wants to be waving with a will of its own.

The woman on yard duty looks astounded.  She is holding a small pad and pencil which she has slipped out of her pocket.  She has torn off the top sheet from the pad and handed it to the girl.

YARD DUTY:    Then go down to the office.  Here's a hallway pass slip.

Molly has arrived at the office, and is showing the receptionist the hallway pass.  The receptionist is a slightly heavyset woman with long brown hair which she has tied into a bun in the back of her head.  Her face is pretty although a pointed nose prevents her from being a classic beauty.  Her expression is more friendly than concerned, as Molly doesn't seem to be grossly wounded, although she is clearly a bit upset.

RECEPTIONIST:  Sit on the bench; we will call your mom.

Molly is sitting in the office, twiddling her thumbs, obviously feeling awkward as she waits.

Molly's mother has entered the office, and is hugged tightly by her daughter.  Her mother strokes her hair affectionately.  She bears a strong family resemblance to Molly, although her hair is dark rather than blonde, longer, and streaked with grey.

Michael's comic works have appeared in Octal, The Psychedelic Journal of Time Travel, Megabook, Rock Is Not Dead, and Irrational Comics' Pitch. Michael also has a Goodreads author page. 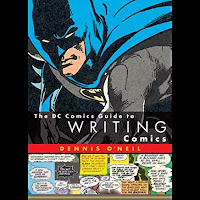 Today's give-away is a copy of the book The DC Comics Guide to Writing Comics. All you need to do to enter in the prize drawing is be a signed-up ChaBooCha member and comment on this post. The winners will be drawn by a random number generator and announced on March 31st.
Posted by Becky Fyfe at 05:33