Merry Christmas to all who celebrate the holiday! 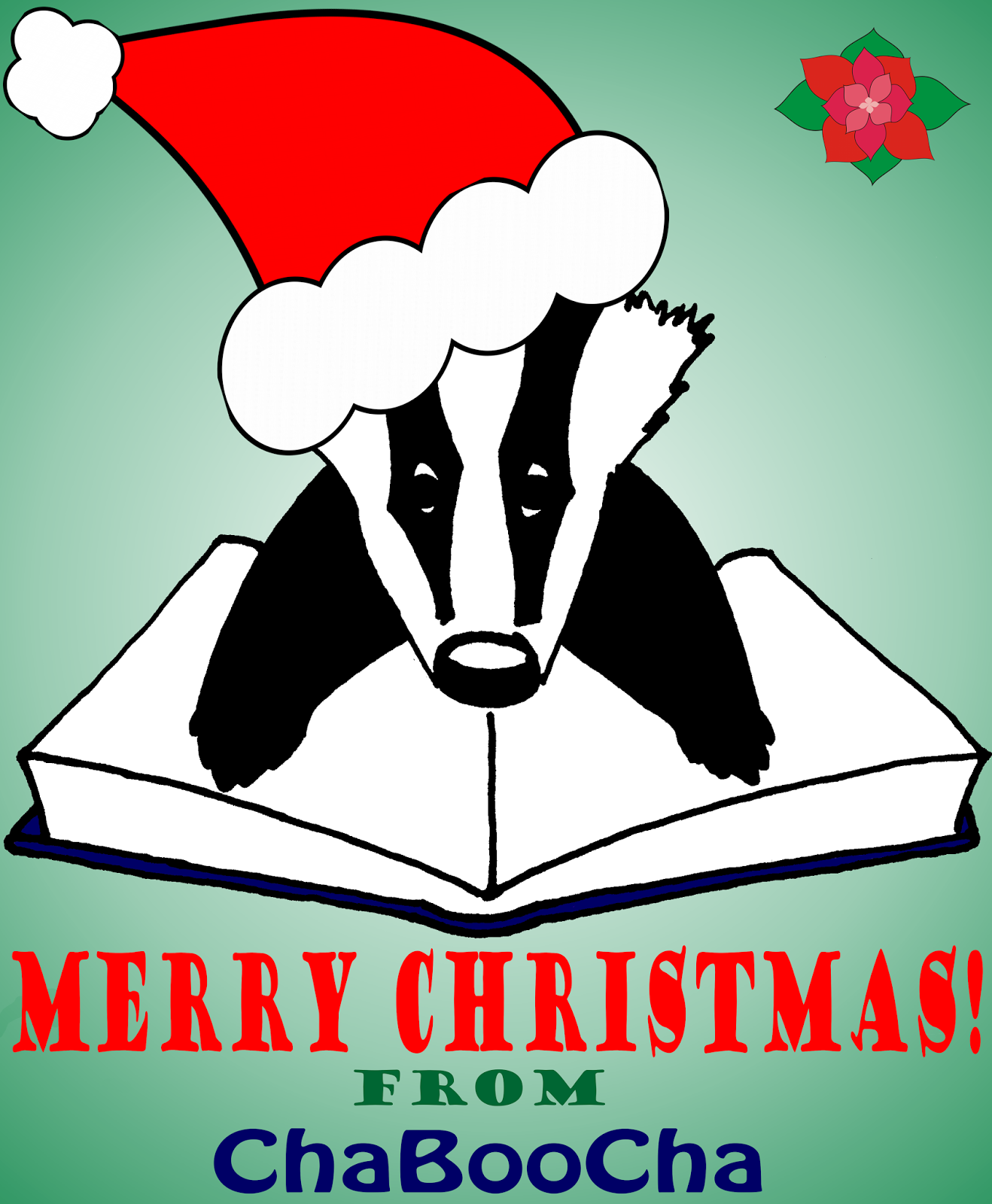 Hope you are all enjoying the holiday season!

The Boy Who Didn't Believe in Himself #StoryAdventCalendar

The Boy Who Didn't Believe in Himself
by Rebecca Fyfe

When Connor's mommy thanked him for helping her take out the garbage and told him he was such a good boy, Connor shook his head.

When Connor's teacher praised the poem Connor wrote and told him he was a wonderful writer, Connor shook his head.

When Connor's Daddy praised him and called him "smart" because he could read books really fast, Connor shook his head.

That night, Connor had a dream. In his dream, Santa came to see him and talked to him about his confidence. Santa told Connor that he needed to stop himself whenever he found himself saying something negative about himself. If he heard the words about to come out of his mouth, he needed to stop them and change them into something positive. Instead of saying, "I'm not nice," Connor needed to change the words to say, "I am nice."

Santa promised him that, if he did this regularly, eventually, the positive words would help him change his thinking to be more positive too. It would help him learn to believe in himself. Connor didn't think anything would help, but he promised Santa Claus that he would try.

That morning, and every day leading up to Christmas, Connor would stop the negative words from coming out of his mouth, and instead, he'd only say positive things. He'd say things like, "I'm smart," "I'm nice, " I'm a good boy," and "I'm good at writing."

By the time Christmas came around, Connor realized that the dream-Santa's plan to help him gain confidence in himself had worked, and Connor looked forward to a very merry Christmas with his family, who he knew loved him - even on the days when he wasn't feeling very confident. 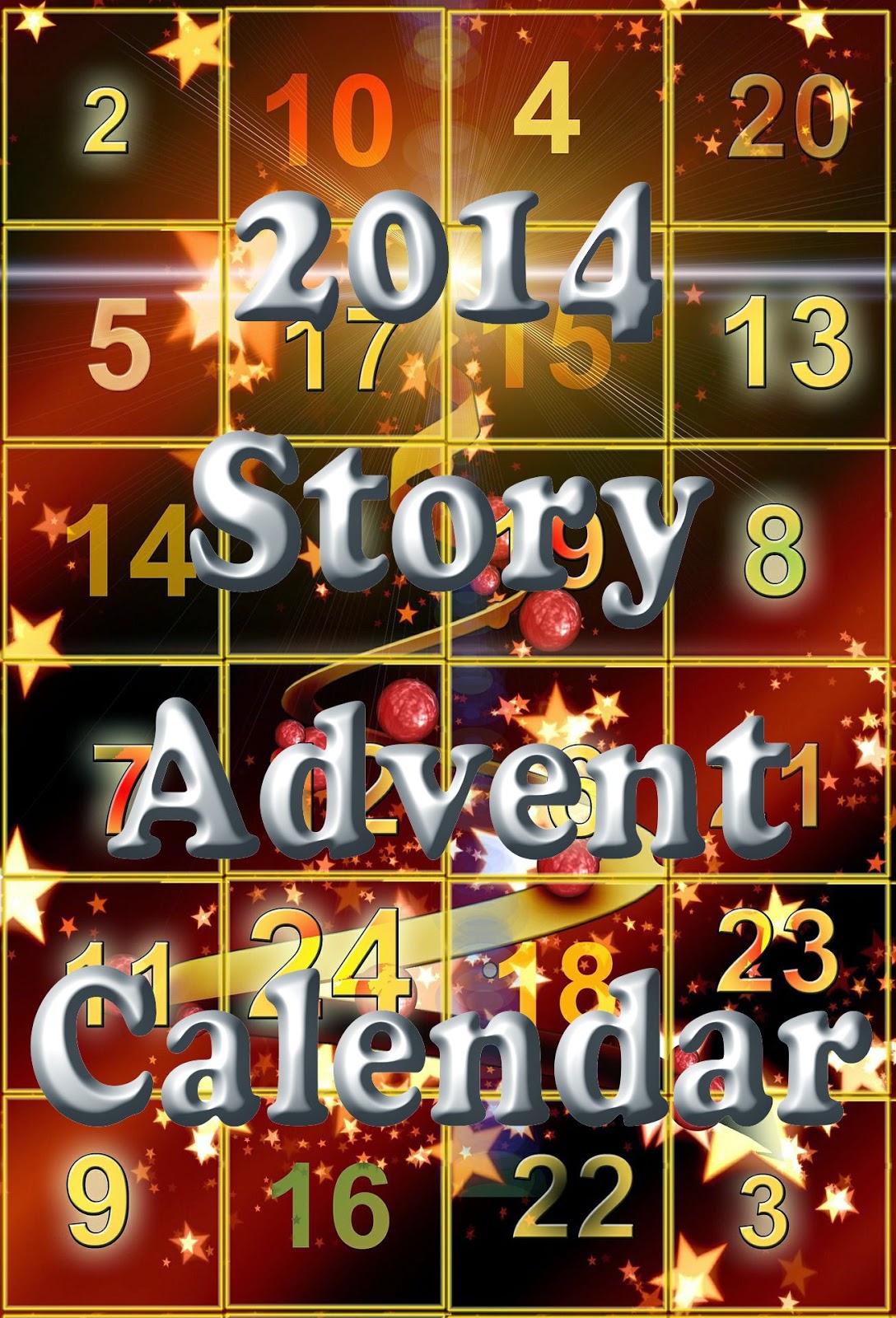 This story is part of the 2014 Story Advent Calendar, with stories written by a variety of authors.
Posted by Becky Fyfe at 04:04 2 comments:

Peeking through the key hole of the old painted wooden door, Joy wondered what the door under all that paint looked like; was it a light wood or a dark wood? It seemed that her Dad painted the door a different colour every year. The door had so many layers it had become difficult to close. But it was only ever closed when one of her older siblings returned to the farm on holiday and she had to sleep on the fold out couch or like now to keep prying eyes out.

Tonight it was closed up tighter than a port hole on a submarine, leaving the perfectly formed key hole the only way to see into the lounge room. Where had the key gone? The thought flashed through Joy’s head as she stood on tip toes to see in. She could see a large present wrapped in red Christmas paper leaning up against the couch. “Could that be it?” she whispered to herself excitedly, “my new bike.”

Joy had been pestering her parents for a new bike all year, a new anything would be great. Being the youngest of eight children, the chances of ever getting anything new were slim. Luckily she loved old things, including her parents. But a new bike was what she wanted more than anything else in the whole world and it looked like Santa had brought it for her.

Joy squealed with delight, which she quickly quashed; it was the middle of the night she didn't want to wake anyone up. She felt torn; a part of her wanted to turn the handle, creep into the room, and pull back one corner of the wrapping paper and peek inside. But she knew that would take away her parents delight at seeing her look of surprise on Christmas morning.

With one last look, a big sigh and with her hand covering her mouth to hold back the escaping excitement Joy tip-toed carefully up the hall. She avoided the creaky floor boards. She crept silently past her brothers’ room. Past the antique hall furniture, including the rattly china cabinet, past the newly installed phone on the wall, past her parent’s room with her snoring father and trusting mother, until she finally reached her bedroom.

Carefully climbing back into bed, she glanced at her older sister and pulled the covers over her head.  Hugged herself tightly and with the biggest smile ever creeping over her face she fell into a deep sleep, filled with dreams of riding her bike on Christmas day.

This story is part of the 2014 Story Advent Calendar, with stories written by a variety of authors.
Posted by Becky Fyfe at 02:50 4 comments: 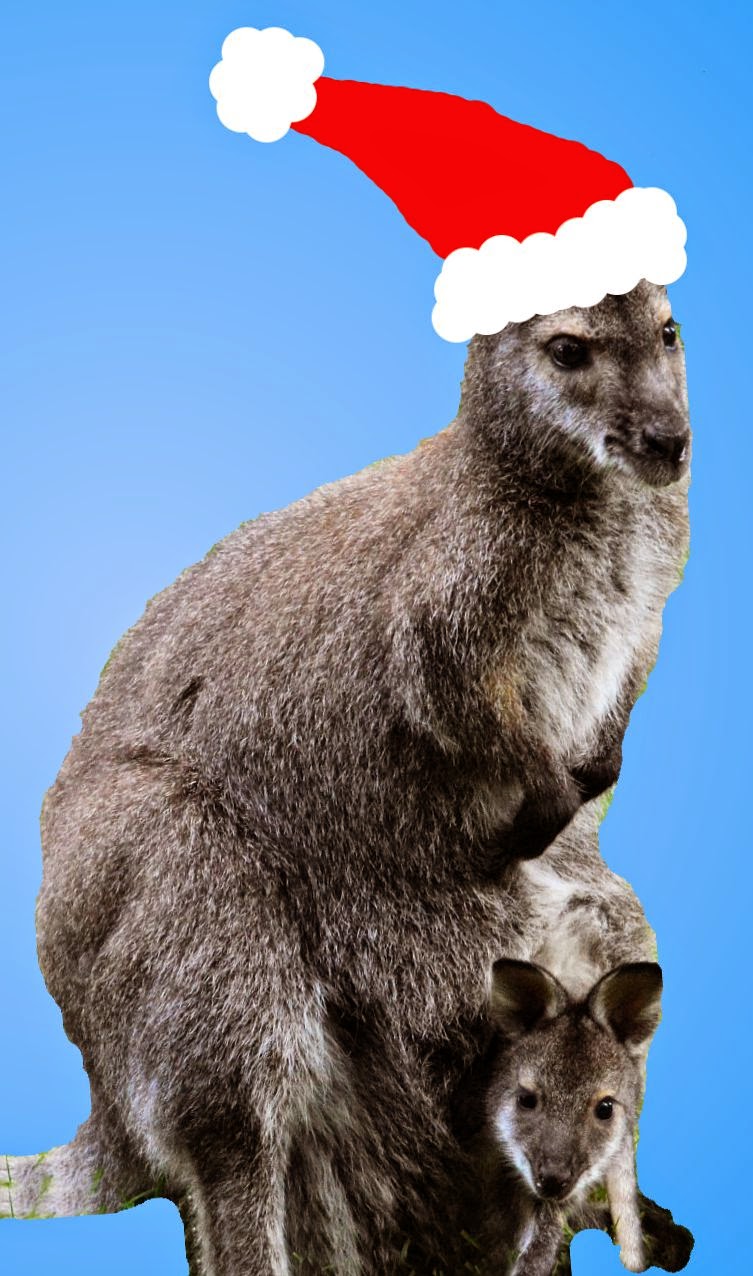 G’day!  My name’s Boomer and I am a grey kangaroo – one of only six living in the New York City zoo. We are part of the Australian Animal exhibition and we flew thousands of kilometres to get here on the flying kangaroo. No, not a real flying kangaroo – that’s what we Aussies call Qantas our Australian airline. We kangaroos can’t fly but boy can we bound.  You see this tail, and these back legs? They are strong and perfect for bounding, and that’s just what we do.

We bound from one tree to another, stopping for a nose wiggle and a nibble on some grass.  And can you believe it? – The people here love it. Some of them watch us for hours, and we don’t really do anything exciting. I feel bad for them; we really aren’t that interesting. I would be watching the penguins – those guys sure know how to entertain.

Anyway, I like it here in New York City. It’s exciting, always something happening, and they have these lovely trees. When we first arrived, the leaves were a deep green, and then they turned all shades of golden. Much more interesting than plain old gum trees like we have back home.

It is a little bit cold here, and it has been getting colder. The mob, that’s what we call ourselves, have been spending more time amongst the rocks and we’re all a bit sleepier; not our usual bounding, booming selves.
And now all the leaves have fallen off. There’s piles of them everywhere. At first, it was fun. We would lay down and make leaf angels and jump right into the middle of the pile, but now it’s getting a bit eerie. None of the other animals seem to mind though, but come to think of it, I haven’t see old Reginald the Rhino out and about in a while, and, Barry the Bear, I haven’t seen him in days. And the ducks are gone – they just up and flew away a couple of days ago. On no! What’s happening? I’m starting to panic. It’s too quiet. 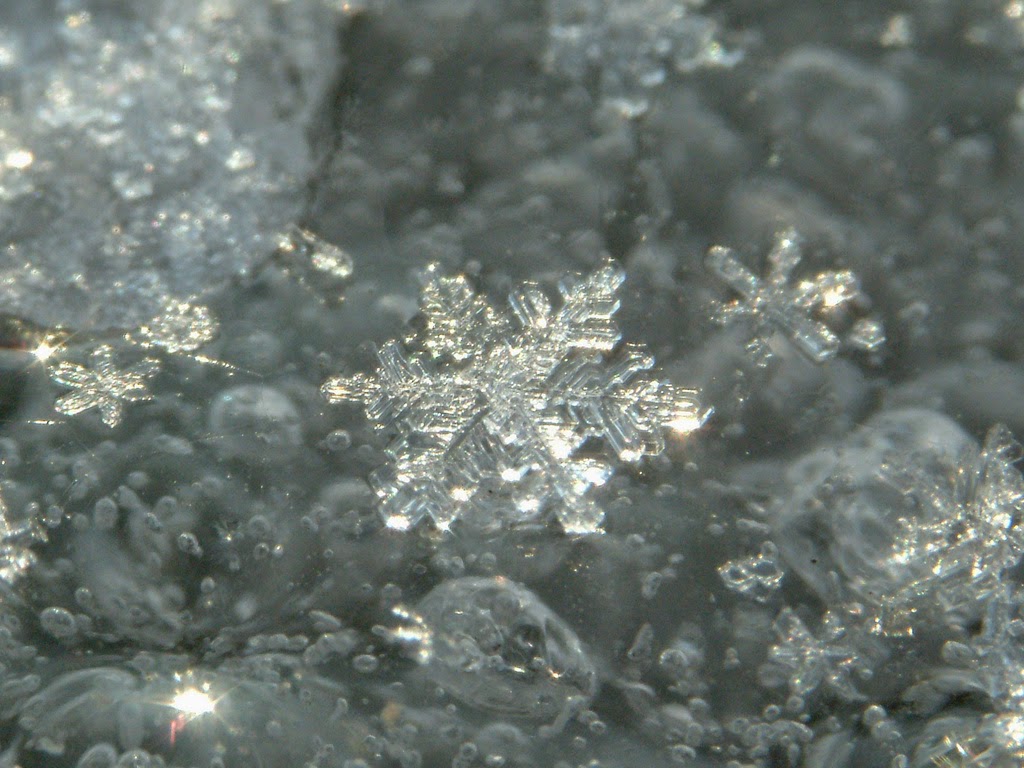 Calm down, Boomer old mate. You’re a kangaroo of the world; it’s just different here. Wait! What’s that floating down? It looks like a butterfly. It’s so pretty and so white. Oh, it’s landing on me. Oh, its cold – it’s sticking to my fur. Oh, here comes some more. It’s so beautiful. What is it? I’ll ask Ma.

“Ma, Ma come look at this. It’s some kind of white dust.”

“Oh darling, don’t you know what that is? It’s snow! It’s Christmas, and, in New York City, it snows at Christmas.”

“Really? Snow at Christmastime? Ma, I’m scared. What if we freeze?”

“Boomer, it will be okay. The people will look after us. Come on, Boomer, let’s go find somewhere warm.”