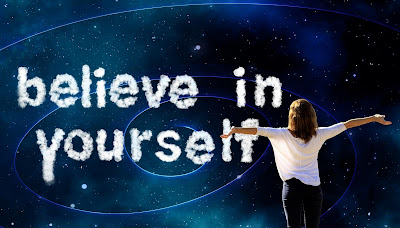 One thing that every writer has in common is that we all go through periods of self-doubt. We wonder if we are good enough, if our stories are good enough, and often times we decide that we aren't and that they aren't. This defeatist attitude can keep many of us from ever finishing our stories. Some of us will finish our first drafts and then decide that our writing just isn't good enough and stop there.

But every writer, even many famous ones, is plagued by doubts. It's not just the obscure, never-read authors who doubt their abilities.

"It took me fifteen years to discover I had no talent for writing, but I couldn’t give it up because by that time I was too famous." ~Robert Benchley

"I have been successful probably because I have always realized that I knew nothing about writing and have merely tried to tell an interesting story entertainingly." ~Edgar Rice Burroughs

“Is the time coming when I can endure to read my own writing in print without blushing—shivering and wishing to take cover?” ~Virginia Woolf

"You have to resign yourself to the fact that you waste a lot of trees before you write anything you really like, and that's just the way it is." ~JK Rowling

"Sometimes you have to go on when you don't feel like it, and sometimes you're doing good work when it feels like all you're managing is to shovel sh*t from a sitting position." ~Stephen King

And no book is ready to go out into the world by the first draft. It's what we do after that counts. We have to edit our books, sometimes revise large portions of them, and then get someone else, preferably a professional, to edit them some more. There is a massive amount of work that goes into a book after the first draft is written before it reaches publication.

So don't despair if you are doubting yourself and your ability to write. It really is all in your head. 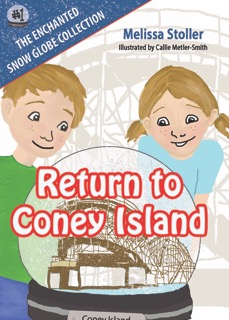 Melissa Stoller has generously offered her debut chapter book, THE ENCHANTED SNOW GLOBE COLLECTION: RETURN TO CONEY ISLAND as a prize for one lucky person. If you are signed up for ChaBooChaLite and you comment on this post, you will be entered into the drawing for the prize. The winner will be chosen by a random number generator on September 30th.