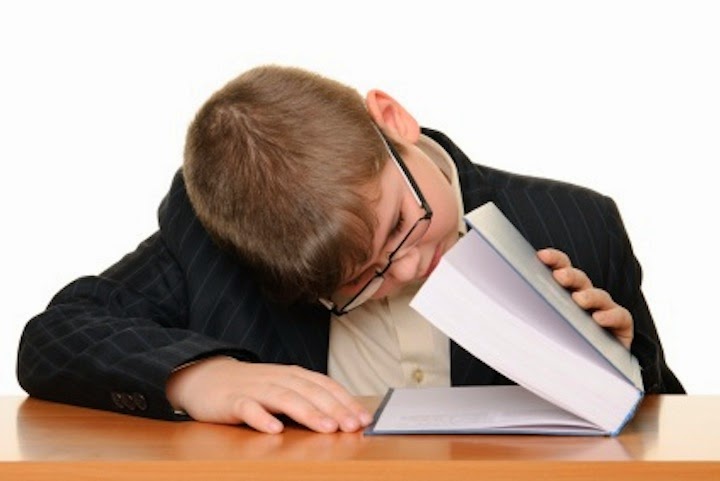 There are tens, possibly hundreds, maybe even millions of articles and books and lectures about story structure. This article is totally my own preference, so you are welcome to either take it on board or make it walk the plank (take note ... making it walk the plank would be a negative plot point).

I used to be an engineer. I like structure. I like maths. And that is why Kurt Vonnegut is one of my heroes.

This is what he says about the shape of a story ...

One technique I have found extremely useful when working on the structure of a story is to actually break it down into little micro-structures. After I have written the story, or sometimes as I am going through, I write a scene breakdown. So for every scene I write down What happens, Why it happens (with regard to the story or the character), and whether it’s a positive or negative Scene for the character involved.

The two important things for me are the why and the positive/negative angle of the scene. If I can’t think of a good Why for a scene, if it doesn’t add something to the story or lead into something later on, it either needs to be changed or cut.

The positive/negative thing is really important too. You need to have shape to your story. If you have too much of the same thing, either positive or negative, the story becomes routine. It flatlines. There are no surprises. Even a movie like Rocky, where the graph spends most of the movie below the centre line, there are little spikes up and down throughout, leading to the massive jump at the end.

Most of you will probably know of The Hero’s Journey, a theory written by Joseph Campbell. I found it an incredibly hard book to read, but there are some great summaries online. Even if you don’t use all the points, you can still get a nice shape.

This is a very simplified version (there are actually 12 points).

The main things I took from it were the call to adventure (taking the main character out of their comfort zone); the mentor, someone who helps them along their journey (yes, I have watched a LOT of karate movies!); and I love the fact that the moment before the great victory is the lowest point, the moment where it seems like all hope is lost, but also a moment that strengthens the main character’s resolve.

In the end, to me, it is all about character. It is your character’s journey, the situations they face, how they respond and grow, that will determine the structure of the story. Give them highs and lows, mix it up, and never allow them to get comfortable. If you do get stuck, if your story feels as though it is losing structure, think about what your main character would least like to happen, and make that happen!

As Robert Ben Garant and Thomas Lennon say in their book Writing Movies for Fun and Profit (a fantastic book, by the way), every studio movie has the same three act structure. I believe it is also a great structure you can follow for chapter books as well.

Act 1: You get a likeable guy stuck up a tree (take him/her out of their comfort zone).
Act 2: You throw rocks at him (put them in situations they don’t want to be in and see how they react – have some wins, some losses).

Act 3: You get him down out of the tree (they win yaaaaaaay!).

Within these acts, the story graph has ups and downs, but this is a simple idea that is easy to follow and fun to write. Create your character. Make things difficult for them, but with the odd glimmer of hope, and then, when everything seems lost, when winning seems impossible, get him down out of the tree and finish on a high! 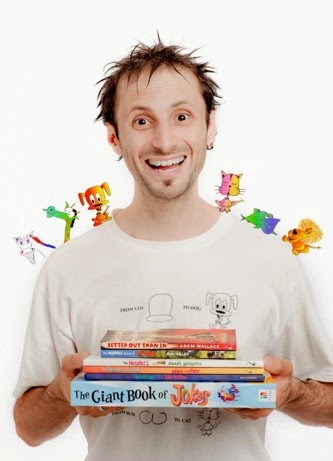 A qualified Engineer and Primary School Teacher, Adam Wallace settled onwriting books for children as his career of choice. With 20 published, including Better Out Than In and the How to Draw series, Adam is fast becoming a well-known name in the world of children’s books. You can find Adam's books at Adam Wallace Books and his Facebook author page here. 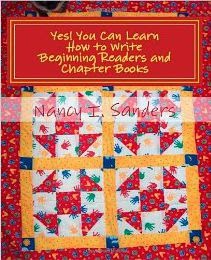 One commenter will win a copy of "Yes! You Can Learn How to Write Beginning Readers and Chapter Books" by Nancy I. Sanders. All you have to do is comment on this post to be entered in the drawing. Must be a signed-up member of the Chapter Book Challenge to qualify. Comment before noon on March 28th, 2014. Winner will be chosen by a random number generator on March 28th, 2014 at noon.
Posted by Becky Fyfe at 04:00