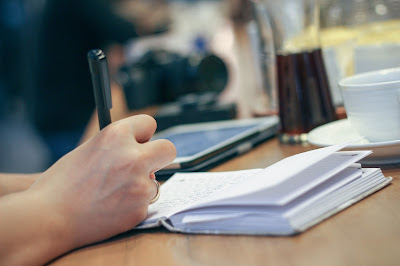 I almost didn't get today's post up as we had an incident today. My 12 year old daughter Isabella was hit by a car this morning. First off, let me emphasize that she is absolutely fine. she gets off the bus before me as she likes to stop in at her friend's house and walk with her friend to school. Her 11 year old brother gets off the bus at the same time and goes straight to school early, but their younger sibling stays on the bus with me until it comes back around on the other side of the street where he and I get off the bus and I walk him to school.

This morning, on my way back to the bus stop after dropping my son off at school, I noticed Bella on the ground surrounded by her friends. At first, as our family is prone to clumsiness, I just assumed that she had fallen. Then I noticed that there were a lot of people around her, including some adults. She was talking with the people around her and partially sitting up (propped up by the backpack on her back). When I got to her, I found out that she had stepped in front of a car and been hit by it. She had looked one way before crossing the street and looked the other way while simultaneously stepping into the road where she was then hit by the car.

The driver, a mother of a classmate of Bella's, hadn't been going too fast, thankfully. I was told that Bella had bounced off the car's bonnet and was flung 6 feet in the air. She landed on her back which was protected by her backpack, so she didn't hit her head. Her ankle hurt and she was shaking like a leaf though.

Paramedics came with their sirens blaring and then the police showed up. Bella admitted to her carelessness in crossing the road. The paramedics decided to send her to the hospital because of her ankle, so she got her first ambulance ride. When we got to the hospital, they put her in a wheelchair and, many hours of waiting later, she was seen by a junior doctor. By then, Bella had been complaining about how boring it was to be there and she had given the wheelchair to another patient who needed it more as the hospital had told the patient they had no more wheelchairs. She walked on her foot into the examination and didn't appear to be in too much pain. It only hurt when they touched the back of her ankle, but she was okay with putting weight on it and moving it around. The doctor insisted on an x-ray anyway. Needless to say, the ankle wasn't even sprained.

You would never have guessed, to look at her, that she had been hit by a car. Another patient's mother even commented to her, "For someone who has been hit by a car, your hair still looks amazing!"

Bella was very fortunate and will hopefully be more careful in the future, but this event meant I spent many, many hours at the hospital today, so this post almost didn't go up. It's a short post today though and it follows below:

As of today, our first week of the Chapter Book Challenge is completed and we are moving on to the second week of writing. Week two can often be a challenge. The inspiration and new-story impetus that you begin with can start to wain. you might want to take a peek at some posts from previous ChaBooCha's to help keep you writing, such as How to Avoid Writer's Block and Get Your Story Written (by me), Make Writing Fun by Victoria Boulton, or How to Write More - Tips and Tricks for a Quick first Draft by Jo Hart. There are many posts that can help with inspiration, putting off procrastination, plotting, research and more throughout the blog, so help yourself to some blog reading if you need it.

How are you doing on your story so far? Please let me know in the comments. For most of the days of this challenge, I have done no to little writing. However, I had one day where during a 12-hour time-slot, the words flowed and just poured out of me easily. That one day, I wrote over 10,000 words and it made up for the other less-than-spectacular writing days. So even if you are behind in your writing at the moment, don't despair; there is still plenty of time.

There will be further guest blog posts going up this week, so expect to get some more e-mails.