That Special Something – what makes a recommendation? by Victoria Boulton #ChaBooCha 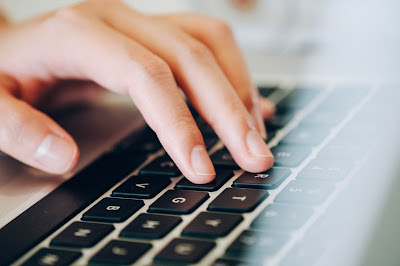 Your dream has come true. Not only is your book agented, published, and sitting on a shelf in your local bookstore, but your agent is starting to look at international rights.

International rights - Like it getting translated and sold to publishers around the world. All new countries and all new markets for your book. Plus all the fun that comes with shiny new covers for each edition.

But it’s the waiting game all over again. And while you’re waiting for a literary scout to say ‘I know just the publishers for this,’ it’s sitting on my desk. Because literary scouts have so much reading to do, they sometimes need an extra pair of eyes – and that’s where I come in. I work professionally as that ‘extra pair of eyes.’ Not the most prestigious title, but it’s one I cherish.

I’ll only recommend a book to the scout if it has that special something. And whether you’re at the international rights stage or just finishing your first draft, it’s never too early to start thinking about it.
That special something is a key that will get you through many doors. It can get you agented, published, and 5 star reviews. It’s what makes people gush about your book to their best friends and buy it as Christmas presents for everyone they know. It’s the most important question any reader will ever ask themselves while reading your book, and you need the answer to be a good one.

And that question is: ‘How does this book make me feel?’

A simple question, but one that it’s hard to get the right answer to. Because the answer I give for most books that cross my desk is ‘not enough.’

Emotional resonance is, in my opinion, (and let’s be real, I’m just one opinion! I’m not the arbiter of taste!) the most important element of your book. And the crazy thing is, emotion doesn’t arise from plot, no matter how high the stakes. It doesn’t arise from your world-building. Your character can be fighting to save her sister from the most awful of terrible baddies, or facing bullies who belittle and demean her every day, but that alone won’t get the response you want.

Emotion arises first and foremost from character. From their history, from their reactions, from their actions. From the way they are feeling, and how they express it. It’s moments when your character feels like they’ve been punched in the guts but actually nobody has touched them. When their chest is tight and their breath is shallow as they stare down their biggest fears. It’s the leg-wobbling relief when their dog makes it out of from the collapsed building, and the warm, spreading wonder as they look at people who used to be strangers and are now their closest friends.

So when you’re looking back at your writing and getting it ready for the next stage, whatever that may be for you, look at your character and think ‘what does this make her feel? And how can I show it?’

You’ll be amazed at how many doors it will open for you.

Victoria Boulton is evaluates manuscripts for literary scouts and works as a professional editor and audiobook narrator. She’s also a writer herself, and her house is so brimming with books that soon they will be pressing on the doors and windows.

Today's prize is a copy of the book  "The Emotion Thesaurus: A Writer's Guide To Character Expression" by Angela Ackerman and Becca Puglisi. If you are already a signed-up member of the challenge, all you need to do to be entered to win this prize is comment on this post. The winner will be selected by a random number generator at noon on March 31st and announced within 24 hours of the drawing.