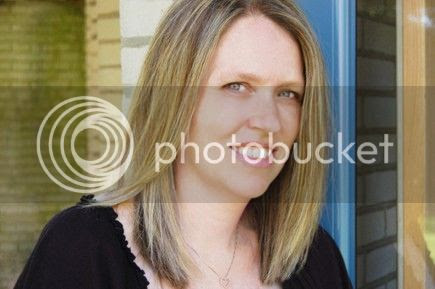 So many people ask me where I came up with the idea for Nate Rocks the World, my middle grade novel about a 10 year old boy who draws cartoons that come to life in his head, starring himself as the hero. My answer is always the same – my three children of course. My oldest son is an artist, my daughter, when she was younger loved to make up stories with all her dolls and animals, and my youngest son loves to role-play.


But it’s not just my three children. The truth is, there is a lot of myself in Nate Rocks. I am a dreamer. I always have been, and I suspect I always will be. No - I didn’t dream of being an action hero or a cowboy as Nate does. My dreams usually involved singing and dancing on a stage (which looking back now is quite funny since I was the shyest little girl ever and really can’t dance or sing.) My favorite show was The Donny and Marie Show. For those who didn’t grow up in the 70s – this was what was called a “Variety Show.” There were a bunch of them on – Sonny & Cher, Captain & Tenille, & The Jackson 5 to name a few. But my favorite was Donny & Marie. They would come out on ice skates and sing, do some comedy sketches, and sing some more. My parents always let me stay up late on Friday nights to watch them.


I used to pretend I was Marie Osmond – I had the big hair and big teeth, so it was only natural. My parents had wood floors that I could pretend ice skate on with my socks. Then I would use what ever I could find to be my microphone. Marie was ‘a little bit country’, but I preferred to be rock n roll. My cat was my audience as I put on my show. Sometimes I would tape record it on our clunky old machine, never to be played for anyone’s ears but my own. It was fun being an international superstar in my own head.


Dream big and rock on!

It was lovely of Karen to be willing to share where she gets her inspiration from for her books. I also asked her to to share her top tips for those of us who are just starting out in the chapter book writing world and here is what she said:


1. Don't be afraid to listen to your characters. When I was writing Nate Rocks the World, I had a general idea of where I wanted the book to go. However, once I really got to know my characters, I changed direction completely. Now looking back, I can't imagine the book turning out any other way.


2. Include children in the proper age group to act as beta readers. In my case, I have a friend who is a 4th grade reading teacher. He had his class read the book and give me feedback before it was published.


3. Have your manuscript professionally edited by someone who understands a child's voice. 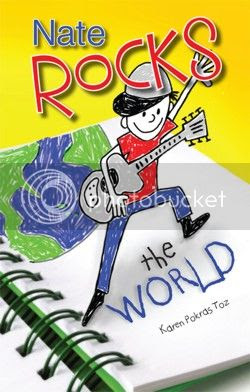 About Nate Rocks the World:


Ten-year-old Nathan Rockledge cannot catch a break. After all, life as a fourth-grader can be hazardous what with science projects to deal with and recess football games to avoid. Everyone, including his best friend Tommy, seems to have bad luck when hanging around Nathan. Throw in an older sister who is a royal pain, a dad who is stuck in the past, and a mom who keeps trying to poison him with her awful cooking, and poor Nathan’s life as a fourth grader appears to be completely doomed.

Armed only with his sketchpad, his imagination, and his wits, Nathan Rockledge navigates the perils of the fourth grade in style, to emerge heroic, as Nate Rocks, proving that even a ten-year-old can accomplish great things. 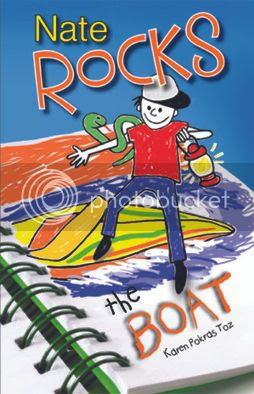 Karen Pokras Toz is a writer, wife and mom. Karen grew up in Orange, Connecticut and currently lives outside of Philadelphia with her husband and three children. In June 2011, Karen published her first middle grade children’s novel for 7-12 year olds called Nate Rocks the World. The second book in the Nate Rocks series, Nate Rocks the Boat, is to be published in the spring of 2012. Karen is a member of the Society of Children’s Book Writers & Illustrators (SCBWI), Association of Independent Authors (AIA), and the Independent Author Network (IAN).

To Learn More About the Nate Rocks Series: