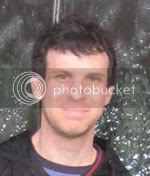 Published chapter book author Jonathan Gould has kindly offered a guest post her for us all on a topic many of us have questioned throughout the course of this challenge.


First of all, I just wanted to say how pleased I was to be invited to participate in this fantastic event.
When I was first invited, I put a bit of thought into how I could best contribute. Over the years I’ve written a large number of what could be considered chapter books (or junior novels as I believe they’re often referred to here in Australia). With most of them, I was pretty certain that they would fall under this definition. After all, they’re quite short, they’re divided into self-contained chapters, they’re illustrated (at least the ones that have been published are) and they’re clearly aimed at younger readers.
But in addition to the ones described above, I have a number of other stories as well. In some ways, they could be thought of as chapter books, but in other ways, I’m not sure. While they’re definitely split into chapters, they’re possibly a bit longer than your average chapter book – closer to 20,000 words - which is probably at the upper end, although maybe not quite out of range. Also, they’re not illustrated, although again it’s possible that they could be – the reasons for the lack of illustrations were mostly financial.
But the main reason for my ambivalence is because I’m not quite sure what age group they’re primarily for. Unlike most of the chapter books (or prospective chapter books) I’ve written, with these stories I didn’t have a clear idea of the age of the readership in mind. I just wanted to write something I would enjoy reading. And as I’m a bit of a big kid at heart, they kind of came out looking a bit like kid’s books, but there’s a lot there that adults can (and do) appreciate as well.
Which I guess leads to the fundamental question behind this post. How easy is it to define exactly what a chapter book is? Does it have to be a certain length? Does it need pictures? Is it something that was written with a clearly defined age-range in mind or can it cover a broader range of stories that can have appeal to readers beyond a specific age group?
I don’t know the answers to these questions. Maybe if I provide some evidence, the jury out there can come to a decision. 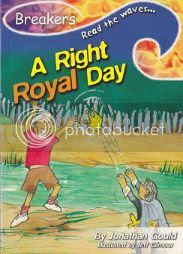 Exhibit A: A Right Royal Day
Published by Macmillan Education in Australia as part of their Breakers Series. Distributed to schools only.
Length: ~2,200 words
Age range: 7.5-8.5 years
King Richard is a rather short king who has trouble getting the people in his palace to pay attention to him. His wife just talks on her mobile phone and his servants never follow his instructions. But when he goes outside to play, he meets a couple of lads. They play toss the crown, pretend to have sword fights, and use his gown as a swing. All in all, it is one right royal day.
My verdict: Almost certainly a chapter book 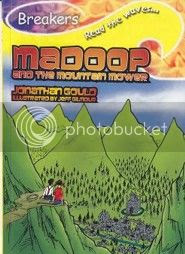 Exhibit B: Madoop and the Mountain Mower
Published by Macmillan Education in Australia as part of their Breakers Series. Distributed to schools only.
Length: ~4,600 words
Age range: 8.5-10.5 years
Madoop is a young boy living in the kingdom of Oopsalonia, famed for its majestic mountains. Unfortunately, King Oopsbert who is rather short (are you detecting a theme here?) is offended by the height of the mountains and wishes them to be cut down. He forces his royal inventor, McGroody, to invent a series of machines designed to cut down mountains. Poor Madoop, who loves the mountains, is forced to come up with a clever plan to save the day.
My verdict: Almost certainly a chapter book 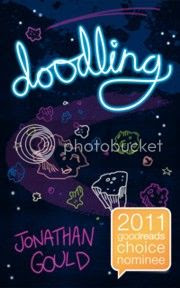 Exhibit C: Doodling
Published on Amazon as an ebook
Length: ~17,000 words
Age range: 10-100
Neville Lansdowne has fallen off the world (because it’s moving too fast). He finds himself marooned in the middle of an asteroid field in outer space. He begins to explore the asteroid field, meeting some rather peculiar people and experiencing some most unexpected adventures.
My verdict: I’m really not sure. 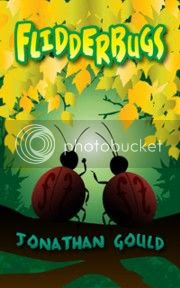 Exhibit D: Flidderbugs
Published on Amazon as an ebook
Length: ~17,000 words
Age range: 10-100
As Kriffle the Flidderbug investigates why his fellow 'bugs find it impossible to agree on the pressing issue of how many points there are on the leaves of the tree on which they live, he finds that the truth is more complicated, and ultimately more terrifying, than he ever could have imagined.
My verdict: I’m really not sure
That concludes my evidence. I’d be interested in what other readers, both young and old, think about the question. How clearly can we define exactly what a chapter book is? And when is a chapter book not a chapter book?
Three tips I would give for anyone wanting to write a chapter book (and get published):
1. Focus on the story idea - try to write something fresh and new and enthralling for readers of the age you're aiming at.

2. Structure is important - use the chapter structure to keep readers interested - end chapters with questions, mysteries and cliff-hangers.

3. Character makes story. Bring in strong characters and use them to drive the story forward, rather than having to plot out by guessing what might happen next.
Thanks for having me.
About Jonathan Gould
Jonathan Gould is a Melbourne-based writer and doodler.
He calls his stories "dag-lit" because they're the sort of stories that don't easily fit into the standard genres. Some might think of them as comic fantasies, or modern fairytales for the young and the young-at-heart.
Over the years, his writing has been compared to Douglas Adams, Monty Python, A.A. Milne, Lewis Carroll, the Goons, Dr Seuss and even Enid Blyton (in a good way).
You can be in touch with him via:
His blog
Twitter: @jonno_go
Facebook
Goodreads

I know I don't even have to say this as you are all pretty good about letting the authors who guest post here know that you appreciate the time they have given to do so, but please leave a comment to let Jonathan know you appreciate his post.
Posted by Becky Fyfe at 13:05