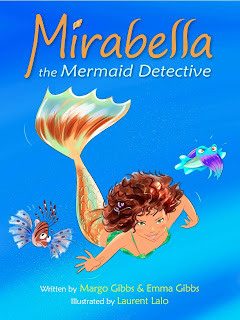 Crowdfunding, the process of raising a targeted amount of capital through numerous individual donations, is arguably one of the most empowering ways to fund an idea. No other approach enables you to engage directly with your audience while you’re developing, honing and creating your product.

Last year, my mother Margo and I decided to crowdfund for our eBook "Mirabella the Mermaid Detective." The first in a series of eBooks for 7 to 11 year olds base on a story mom used to tell me growing up.

Mirabella is a mermaid who loves exploring, solving puzzles, helping others and going on adventures with her two best friends, Seamese the lionfish and Luna the cuttlefish. Set in the fictitious underwater city of Muria on the Great Barrier Reef, the Mirabella stories are full of fun, color and excitement.
Strong-willed, smart, loyal, caring and passionate, Mirabella is an engaging role model who just happens to be a mermaid.
We’d written the manuscript and chosen a fantastic illustrator, but because we wanted to self publish we needed some financial support. So, we decided to raise some of money that we needed through crowfunding.
After a month of relentless campaigning through Pozible.com and thanks to some incredibly generous support, we were successful. However, we had to work really hard to reach our target.
Here are some of the lessons we learned along the way.
Crowdfunding is not ‘easy money’

There seems to be a misconception out there that crowdfunding is a simple way to raise money; that all you need to do is create a project profile then sit back and wait for the cash to roll in. It’s the opposite. Every day campaigners must think of new ways to promote their project, whether it’s call outs on social media, personalized emails, artful pleading with a media outlet to support your campaign project or a flashmob, there's always going to be something more to do. The projects that fail are the ones that don’t engage with their audience but expect their audience to engage with them.

One of the mistakes a lot of crowdfunding campaigns make is broadcasting the plea for money. Picture this, you have a campaign you’re running with someone, you're both on Facebook, and the campaign has a Facebook page. Now imagine sharing the same status across those three profiles twice a day, remembering that most of your friends will be connected to at least two or three of those pages. That’s a lot of news feed saturation, which can quickly become very annoying.

The best campaigns call supporters to action, with a funny quip, a meme, or a personalized story. With Mirabella, we released update videos throughout the campaign, and gave supporters a sneak peak of illustrations and the introduction to the book. We showed them what their support was enabling us to do. Find your angle, personalize your approach and always remember to connect.

Crowdfunding takes real commitment. You’ll become a compulsive checker of emails and consume all conversation with talk of your campaign. That’s why it’s important to plan. Decide how much time you can commit to your campaign, without it taking away from actually developing the project you're trying to fund. Weigh-up how long you think it will take you to reach your target, how much time you can commit to promoting it and identify a good end date (Sunday’s are normally bad, as are public holidays).

For Mirabella, we campaigned for a month. We managed to raise our money and in reality couldn't have campaigned for any longer, but it came right down to the wire because we set our target higher than was necessary.

Most crowdfunding platforms run on the all-or-nothing model, which means that a campaign doesn’t get anything if it fails to reach it’s target in the allotted time. Whilst this seems like a stressful situation, it has a lot of positives. All-or-nothing means that your supporters have a greater sense of urgency to see you succeed, so they’ll share it with their networks because they love the idea and want to see your success. It’s like a ticking clock device in the movie.

With this in mind, it’s important to set a realistic financial goal. Ask yourself, ‘What is the minimum amount of money I need to do this’? Whatever your answer, that’s the amount you should aim for. It’s really easy to get carried away likening your idea to the huge success stories on Kickstarter, Pozible or Indiegogo, and chances are your idea is probably as good. Unfortunately, there is no sure-fire way of ensuring that your idea reaches as many people or resonates in the same way. Have a realistic aim because it’s always better to be pleasantly surprised, than to be too ambitious and walk away with nothing more than the experience.

Mirabella’s goal was $2,000 more than we originally intended to aim for, and it got right down to the wire. We were expecting the idea to take off and resonate with people well outside of our social networks but unfortunately that didn't happen. Thanks to some really supportive friends and family we got there, but only just. If we had stuck with our original target of $4,000, about 2/3 of the way through the campaign we would have hit our goal, enabling us to gain more promotion as a success story and likely raise more money than we did.

Think about your audience.

Who do you want to connect with and why? Mirabella is for 7 - 11 year olds but it’s very difficult to market directly to them. Instead we chose to focus the parents, highlighting the human interest story of being a mother-daughter writing team, Mirabella being a strong role-model, and also the environmental and reef conservation elements woven throughout the story. Parents told their kids and friends, who in turn told their friends and this ultimately saw our campaign become successful.

As a successful crowdfunding campaigner, few things give me the same pleasure as supporting a campaign I believe in. It’s addictive, because it enables me to see an idea be born and evolve thanks in part, to my contribution. With crowdfunding, I get to be part of something and see wonderful projects succeed.

Crowdfunding is one of the most intense ways to raise capital, because to be successful a campaigner must give themselves to their audience. There’s no third party to be a buffer, no taking time off and no games. If you want to succeed, you have to show your market how much you love what you’re doing by the time and effort you put in. You must make them want to be part of your brand/product/creative story. If you succeed and continue to communicate with your backers, you’ll have an audience of supporters for life.

Crowdfunding is hard, but it is the most rewarding money you’ll every raise. 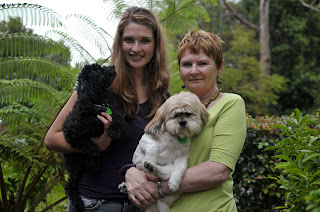 Emma Gibbs is a Pozible Ambassador and the daughter half of the mother-daughter writing team behind Mirabella the Mermaid Detective.


Margo & Emma Gibbs are a mother-daughter writing team from the Sunshine Coast in Queensland, Australia, who have been creating stories together ever-since Emma was very little. They both love reading, exploring the magical natural world around them, and secretly both wish that they were mermaids. Mirabella the Mermaid Detective is their first book and you can buy it here. 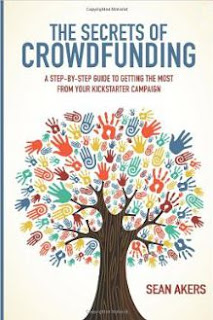 If you are signed up for the 2013 Chapter Book Challenge, and you comment on this post by noon GMT March 28th, you will be entered into the drawing to win a copy of "The Secrets of Crowdfunding: A Step-By-Step Guide to Getting the Most from Your Kickstarter Campaign" by Sean Akers.