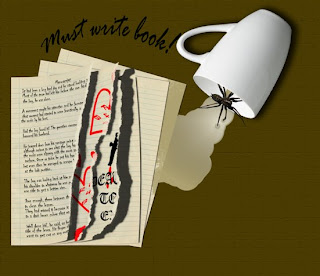 Writer’s Block!
by Adam Wallace
So you have writer’s block. You sit at your computer, or at your desk, head in hands, wondering why a story that was flowing so well has suddenly got to a point where you have no idea what to write. Or worse, you’re sitting staring at a blank screen or page, and you’ve got nothing at all. You can’t even start. All that’s going through your mind is a tune ... a really, repetitive, annoying tune, over and over again. So what can you do? Does this mean you’re a bad writer? Does it mean that you’ve used up all the ideas your life has been allocated? Does it mean you have to go back to engineering?

Well maybe ... I mean HELL NO! Not one little bit. So you’re stuck. So what? It feels awful, and you get that frustrated feeling in your stomach, but it’s momentary and there are things you can do to get past it that don’t include a bottle of wine, three shots of tequila and a block of chocolate.

My number 1 technique for getting around writer’s block? WRITE! WRITE DAMMIT, AND THEN WRITE SOME MORE!

It doesn’t matter what you write or how you write, as long as it’s not the story you’re working on. You can write a story on a piece of bark about your eyeball using blood from your finger for all I care (as long as that wasn’t the story you were working on) ... just write. And don’t try to make it perfect, especially if you’re a perfectionist. Simply put words down on paper.

Sit down and write for ten minutes, and don’t stop. Let the words flow. Write about the flowers on your desk. Or write down random words that pop into your head and then expand on one of them if that’s what happens. Yell at your blank screen (in your writing, we don’t want you being taken away when your neighbour calls the police). Write a letter to your writer’s block. Write a letter to your main character, telling him how he's making you feel. Write a grocery list. Whatever you write, it doesn’t matter; the point is you’re writing! Feel the flow again. It doesn’t have to be amazing, it doesn’t have to be brilliant, it doesn’t even have to be good, but it’s writing and even if you throw it in the bin or delete it as soon as you’re finished, it doesn’t matter. All that matters is that you were writing.

And, you never know, in the middle of your letter to your main character, for example, you may write something that triggers an idea. “I hate how you make me feel when I can’t work out a way for you to make up with your parents! I HATE YOU! Why can’t you just take them to that park they always used to take you to when you were 3 with the HANG ON A MINUTE!!! THAT’S IT!!!”

Yep. It can be just that easy ... but not always. That’s the beauty of being an author, or a writer, I don’t really know the difference. It’s a new experience every time you sit down. Sometimes writing will come easily, and you will feel like 5 minutes have passed when you have actually been writing for an hour.
And sometimes it will be the opposite.

But sometimes inspiration will come when you least expect it, and the excitement you feel when that happens will have you jumping for joy.

I like to imagine my writer’s block is sort of like that ghost from Ghostbusters, the slimy one, all green and mean and slimy, so that when I jump for joy I land on it, and it splatters everywhere. It’s a very satisfying feeling!

Or sometimes I imagine my writer’s block is a trampoline, so that when I jump for joy on top of it, it actually sends me flying into the air, because that block, that struggle, has made my story better, has given me an idea I may never have otherwise thought of, has improved my writing and my problem solving, has been the greatest thing that has ever happened to me!

Okay, maybe that’s going a bit far, but you get the idea.

Embrace your writer’s block. Be happy you get to have some fun with a writing exercise, or free writing, where the result doesn’t matter. Notice the block, feel it, and then rejoice in what comes out of it, even if it takes a while. You will get there. You’re a writer, and writer’s block is just a slimy little nasty waiting to be squished.

PS If you do get stuck, there are many resources with idea starters and writing exercises on the internet, and I also highly HIGHLY recommend The Artist’s Way by Julia Cameron, an amazing book about breaking down the barriers and blockades we put up, so that our creativity can flow. (You can tell I’m serious. I put HIGHLY in bold and italics.) 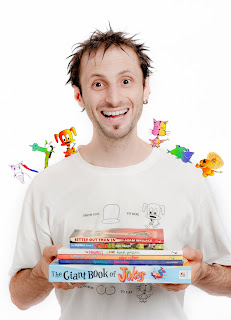 A qualified Engineer and Primary School Teacher, Adam Wallace settled on writing books for children as his career of choice. With 20 published, including Better Out Than In and the How to Draw series, Adam is fast becoming a well-known name in the world of children’s books. You can find Adam's books at Adam Wallace Books and his Facebook author page here. 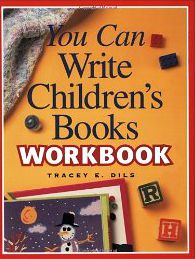 Now I get to announce the prize part of this post. If you are already a signed-up member of the Chapter Book Challenge and you leave a comment on this blog post by noon GMT on March 27th, you will be entered in the random drawing to win a copy of the "You Can Write Children's Books Workbook" by Tracey E. Dils.

Now, I understand that, as so many ChaBooCha members already buy writing books, some of you might already have the books offered as prizes during this challenge. Because of this, if you are drawn by the random number selector as a winner for this prize, and you already have the book, you can do one of two things; you can choose to give the book as a gift to someone else in the challenge and it will be sent directly to them instead of you, OR you can choose ONE of the following four things from the Chapter Book Challenge 2013 shop. 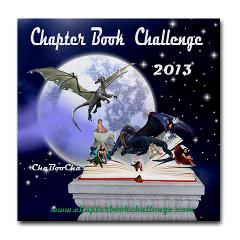 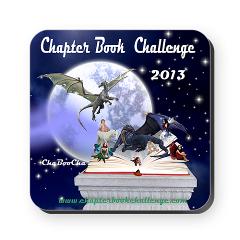 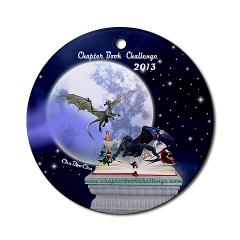 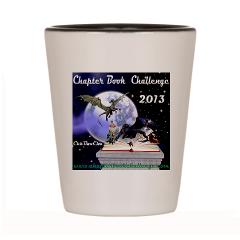