I am an Independent Author of middle grade sci-fi. When I was conjuring my villain, I couldn’t help but draw from the movies, books and characters I already loved.

The first draft of my MS was actually about 70,000 words, and for middle grade that is considered long. I had a manuscript service that suggested I had included a great deal about the villain, more so than the protagonist.

You see, I had dreamed up an entire world that this villain inhabited, with fairly intricate details, but I had made the mistake of including all of his backstory. I was on the right track though, because although I cut 20,000 words before publication, I had a convincing villain with a bio that I stayed true to.

So true that I have had quite a few readers express how much they loved Alexander222.

Oh dear, I should be shaking my head you might be thinking, but actually, that’s how I wanted it to be…. You’ll see why. So let’s take a look at how to craft a convincing villain.

What is the function of a villain?

Let’s Start With Some Inspiration:

Where do we draw from?

Let’s look at some:

“A common pitfall for the new author is not matching villain to hero. He suggests try giving your villain the same personality but twists it.”

He also suggests that we get into the mind of our villain.

Get in the mind of your villain

In J.K Rowling’s  “The Prisoner Of Azkaban,” Harry confides in Sirius that he is terrified that he will become like Voldemort. Sirius responds that we all have darkness and light.

Start with a mission statement

Practice first on a few all-time, down-right dirty villains: Write a mission statement for him or her: just a couple of lines.  Here are some examples, or how about you try writing one for your own villain.

Refer Back To Your Mission Statement

A little Note To Beware:

Remember, villains who like to announce what they are going to do, can sometimes appear like you are telling not showing.

If you are going to have a villain tell your protagonist his/her plan, make sure the dialogue flows, so it appears like the protagonist really wanted to know why, how and when.

Try not to be too Scooby Doo-like. “And I would have gotten away with it, if wasn’t for those pesky kids.”

Hang on just a second:

Before you get starting on the evil exploits your villain is going to perpetrate:

Create a Bio for them:

Try not to drive the reader’s insane

Just as our hero can have sidekicks or supporting characters, so can our villain:

The aim of the side kick is to help reveal the villains character and motivations.

Do this in dialogue.

Do this in action: ie How the villain treats the side kick, gives us a great deal of insight into his character.

Don’t Box Yourself In

When conjuring a side kick, they don’t have to be the traditional Batman/Robin.

A side kick can also be a collection of incidental characters:
Note: Be careful not to introduce too many, as kids will lose the plot completely as to who is who.

Gru is a great example

From Despicable me: Gru is kind of a mish mash of good and evil and as a result, he has sidekicks that actually demonstrate the polar opposites of his character.

The girls he adopts help to show his warm and soft-hearted side.

The minions do his bidding, provide loads of comedy and help to further the plot of the evil genius.

And the old guy that does his inventions, helps to validate him as a criminal and spur him on.

Use your sidekick to reveal your villains character

OOPS! How serious are we?

According to Alexander Gordon Smith, “If you want readers cowering under the doona,” then comedy is not indicated.

Remember: Refer to your mission statement: Does your villain have a sense of humour.

If you are willing to let the readers route for the villain just a little….Pop in some comedic moments.

NO VILLIAIN IS AN ISLAND

What THE?
If your villain is completely and utterly bullet and fool proof, what hope does your protagonist have of defeating them.
They must have some flaws, which the protagonist can use to outsmart, outwit, or out perform.

Leave a little room for….

REDEMPTION:  Think of the great villains that weren't as bad as you thought: Shout them out to me

Let’s look at an all time classic:

"Luke, I Am Your Father"

Remember: Villain’s come in all walks

Time to check in on our villain:

In my first book, my 10 year old beta reader pointed out the level of violence. She suggested the 9 year olds might not cope with it…LOL!!!!

Put on the parent glasses:

Don’t forget the protagonist:
If your villain’s actions are so heinous that they require, blatant retaliation and use of weapons by children:
You are not writing for children.
If your child protagonists have no empathy at all for the villain, when he/she is at their lowest, and they retaliate with equally heinous actions like murder:

I suggest you rethink the amount of violence included in your book.

Some folks can get away with it:

What would J.K Rowling say?

In her interview with Oprah, she mentioned a communication she had with her editor after certain worldwide event.

“And they say we shouldn’t write about evil in children’s books.”

One last thing before we go:

You are the creator of this world that you have been dwelling in.

You can change your mind on your villain if you like:

Just remember, there is no going back once you do.

There has to be an entire plot and justification behind it.

As clichéd as it is, villains are often forced into action by terrible circumstances.

“Nothing turns a plotline on its head and wakes the reader up like a villain who simply had to do what he did.”
“The better the villain, the better the hero.”

Keep Moving Forward
In all things, here is my parting advice…
http://youtu.be/TNXr5Alytg4 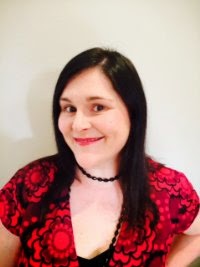 Julie Anne Grasso is an Australian independently published author with a background in pediatric nursing.  She spent many years literally wrapping children in cotton wool. Every day she witnessed great courage and resilience from the tiny people she cared for, which inspired her to write stories about a little girl elf just like them. The Adventures of Caramel Cardamom Trilogy was the result. 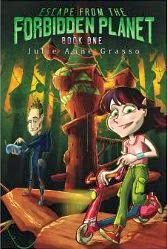 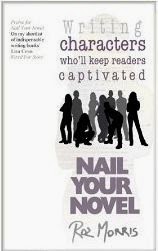 Comment on this post by noon on March 24th to be entered into the drawing for a paperback copy of Roz Morris's "Writing Characters Who'll Keep Readers Captivated: Nail Your Novel." Winner will be chosen by a random number generator on March 24th at noon GMT. You must be signed up for the challenge to qualify.