Note from Becky: At this point in time, you should be writing your stories without pausing for the editing process until later. But it doesn't hurt to keep some of these tips in mind while you are writing your first drafts. Besides, this is the perfect post subject right now because tomorrow (March 8th) is National Proofreading Day. 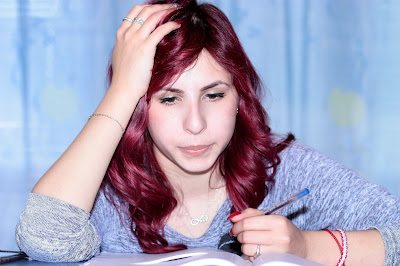 Whether you are writing your very first novel or your fiftieth, you are starting a process. And writing the first draft of your novel is the first step in this process.

This is the time to write with complete abandon, only paying attention to the story, plotline and what your characters have to say; let it all pour out, because this is the easiest step. The next one is where the hard work begins – editing your novel.

Most writers edit their novels several times. They use beta readers to read through it and give them feedback, and professional editors to help tighten their writing and make the story the best that it can be. But before they bring other people in, they go through it themselves first.

Editing in itself has its own process, and many writers struggle to know where to begin. I recommend that once you have finished your first draft, you leave it for a while. How long is up to you: a few days, a week, some prefer months or years, but give it time to rest in your mind as well as on paper, so that when you pick it up again, you can look at it through fresh eyes.

And what should you be looking for?

This applies to the plot of your story, the timeline, background, and details of your characters. For example, I realised at the beginning of one of my novels I had said a character’s child was called Amber, but later changed it to Daniel without realising. I’d not only changed the name but the gender as well! And another character referred to an event that hadn’t happened at that point. Picking up on these inconsistencies and correcting them is crucial.

Consistency also applies to spellings of names and places. If they can be spelt more than one way, pick one and make sure you stick with it throughout. I read a book once where the spelling of a character’s name kept changing. It confused me and I wondered if it was a different character.

Then there is consistency in formatting and layout. Things like indenting the paragraphs or leaving a line between; using quotation marks (single) or speech marks (double); using a dash: should it be long or short? Should there be spaces round it or not? Using numeric numbering or spelling out the numbers? All of these are the writers’ choice, but the important thing is to pick one and stay with it throughout the novel.

Consider the tense you are writing in. It can be quite easy to slip from present into past (is vs. was), or from simple past tense into past perfect tense (was vs. had been) in the same paragraph.

People struggle to know how and when to move from was to had been, or sometimes juggle between the two, not realising that they might be making a mistake. It occurs most often when writing flashbacks or referring to an event that happened a long time ago. I tend to find that the more recent events work best using was, and the further back, using had been.

Sometimes flashbacks can be written in Present tense, but these are usually denoted by a scene break or chapter break and are not what I mean here. I mean when you slip into different tenses within the same paragraph. It’s worth being aware of.

A common problem is the repetition of words. This can be in the use of descriptive words as well as in using connecting words, like that, and, or but. We all have favourite words we like to use, and it can be hard to notice them ourselves. It’s why using beta readers and editors helps.

I also watch out for similar sounding words in the same sentences or paragraphs, even if spelt differently. For example:

‘With a sudden flash, the sword broke the surface. It soared upwards through the rising steam, turning end over end.’

Here I would have chosen another word to replace sword or soared.

And if a descriptive word has been used in a previous paragraph on the same page I will endeavour to find an alternative.

Punctuation in dialogue can be tricky. There are a lot of hard and fast rules about how to punctuate around a dialogue tag (the word you use before/during/after a line of dialogue to denote who is speaking, e.g. said Sheila). Here are a few of them:

Lines of dialogue that are followed by a dialogue tag that denote the character has actually spoken, such as: said, continued, muttered, replied, answered, spoke, interrupted, snapped, spat, snarled, wailed, whispered, should ALL end in a comma before the dialogue tag. For example: ‘It’s hot in here,’ said Reggie.

When a sentence is broken by a dialogue tag and continues after it, a comma is used after both the first part of the sentence AND the dialogue tag. For example:  ‘If we’re going to do this,’ Doreen whispered, ‘we’re going to have to do it fast!’

Sometimes the speaker of a piece of dialogue is denoted by an action or facial expression before, after, or during a line of dialogue. If that is the case then it should have a full-stop at the end of it, NOT a comma. For example: Pauline handed him a brochure. ‘Take one, have a look at it and come back to me.’

I find that once I know how to punctuate dialogue correctly, I use it automatically when I write, making it easier when editing.  If you are ever unsure about the punctuation you are using, always check.

You can find more examples on my blog.

Most people write in first or third person view point, and it has become acceptable to swap between the two in a novel to follow more than one character. But the changeover has to be defined by a chapter break or scene break.

Head-hopping differs from a view point change in that it occurs in the same paragraph or scene, which can confuse the reader. They are distracted from the story by the interruption of a second character’s thoughts and feelings. It can disrupt the flow, making the story difficult to follow and possibly result in the reader disengaging.

Randy wished Marybeth would stop flirting with other guys to get his attention; it made him feel uncomfortable and embarrassed. As he watched her fling her arm round another one of his mates he felt stupid, although he laughed it off. She pulled his friend in for an embrace knowing she could never like him as much as she did Randy, but it was fun to tease.

We swap from Randy’s feelings to Marybeth’s in the same paragraph. It comes as a jolt as we realise we are no longer looking through Randy’s eyes at the end.

Separating the viewpoints by chapter or section break would improve this.

Information dumping is when you give a lot of information about a character, a location, over describe something, or go into too much detail. It can break or interrupt the flow of the story.

If you are building a scene with suspense or tension and then suddenly decide to tell the reader something about the character’s background at that moment, it can kill it and cause the reader to disengage. It doesn’t mean the information isn’t relevant, but it might be better placed elsewhere.

To avoid this ask yourself: Does this move the story along? Does this add to the story? Is this relevant here? Does the reader need to know this? Does it work at this point?

And my final editing tip is read your work out loud – especially dialogue.

If you struggle to do that and would prefer it to be read to you, you can use software like WordTalk, which can be downloaded for free and added to your toolbar in Word. I find it invaluable. It picks up missed typos and misspellings that have become invisible to my eyes. And it helps me know if the sentence works or not. 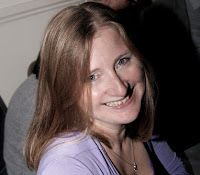 Miranda Kate is a Freelance Proofreader/Editor who loves helping authors with their writing in whatever capacity they need. She is published in multiple flash fiction anthologies. Miranda is currently working on her own novels, but finds editing other writers' stories much more enjoyable.
Find Miranda on twitter at: @PurpleQueenNL
Miranda’s editing services at: http://manuscripteditingservices.weebly.com/
Miranda’s writing blog at: http://purplequeennl.blogspot.nl/ 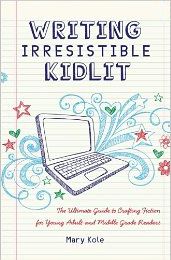 Today's give-away is a paperback or e-book copy (winner's choice) of Writing Irresistible Kidlit: The Ultimate Guide to Crafting Fiction for Young Adult and Middle Grade Readers by Mary Kole. If you are a signed-up member of ChaBooCha, all you need to do to be entered into the drawing for this book is comment on this blog post. Winners will be selected from a random number generator on March 31st at noon (GMT).