Characters You Crave to Know by C. Hope Clark #ChaBooCha 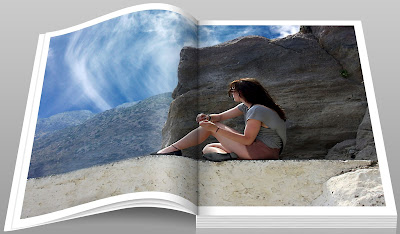 Characters You Crave to Know
by C. Hope Clark

Remember that character you fell in love with a long time ago? The one you wanted to be friends with, live with, maybe even marry? Without the author’s adept touch at developing that character, you might’ve skimmed over him, or skipped him when he spoke, or not read the book altogether.

Writing three-dimensional characters is intentional, not accidental, and you don’t just start writing in hope you make them appeal to a reader. So, what steps can you take to infuse color and style into your characters to make them memorable, and entice a reader to want more of your talent?

1)      Create a bible.
List your characters, each on a page or in his own column on a spreadsheet, and note every defining item you could imagine: height, weight, skin color, hair color, hair style, eye color, age, education, birthplace, parental relationship, marital status, hobbies, occupation, political affiliation, car, clothing preferences, dialect, religion, favorite food, favorite music, favorite movie, favorite color, shoe size, jewelry, and so on. Anything you’d want to know about a person you meet.

3)      Interview the character.
Ask the character questions, then write his responses as he would actually speak in person. Don’t list his answers, but instead, act as if you are transcribing his words, to include his stuttering, cursing, uhs and ums, big words, choppy sentence, misuse of words, humor, sarcasm, machismo, flirtation, and body language. Here you are practicing writing his dialogue so that it comes natural later in the story. Ask him how he likes his steak cooked, or how would he react if he came home and his house was burgled? What does he think about his parents, or his boss at work? Think of everyday conversations and bounce them off your players, reaching for a wide range of reactions.

Check the following excerpt from Echoes of Edisto, my third book in the Edisto Island Mystery Series, coming out in August 2016. Note there’s only one tag in the entire excerpt yet you have no problem recognizing who speaks to whom.

“Callie?” Beverly caught her daughter in the hallway before Callie exited and reached the chief. “They’re leaving a mess on my doors,” she complained, pointing at the fingerprint technician.
Yes, let’s worry about smudges and ignore the crime. “No other option, Mother. They’ll take your prints as well, to rule them out of the ones they find. Just do as they ask. And can you bring me about three aspirin?”
Beverly held up her hands, flipping them over to analyze her nails.
“Jesus, Mother, they aren’t here to inspect your manicure.”
Beverly snatched her fingers closed. “I know that.” 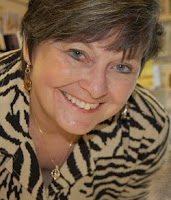 C. Hope Clark writes mysteries in the rural South, preferably along the coastal Lowcountry of South Carolina. She has published two award-winning series, her most popular being the Edisto Island Mysteries. The most recent is Edisto Jinx, and the upcoming release is Echoes of Edisto, August 2016, by Bell Bridge Books. Hope also founded FundsforWriters.com, a resource aiding writers seeking to earn a living at their craft, chosen by Writer’s Digest for its 101 Best Websites for Writers for the past 15 years. Her weekly newsletter reaches 35,000 readers. She teaches at workshops, conferences, and libraries across the country. www.fundsforwriters.com / www.chopeclark.com

Today's prize is the book The Shy Writer Reborn: An Introverted Writer's Wake-up Call
by C. Hope Clark. If you are a signed-up member of ChaBooCha, all you need to do to be entered into the drawing for this book is comment on this blog post. Winners will be selected from a random number generator on March 31st at noon (GMT).