How to Write a Chapter Book Series by Melissa Stoller #ChaBooCha 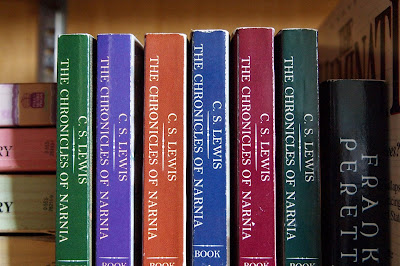 HOW TO WRITE A CHAPTER BOOK SERIES

Are you considering writing a chapter book series? Maybe you’re already working on book number two, three, or more? My first chapter book, THE ENCHANTED SNOW GLOBE COLLECTION: RETURN TO CONEY ISLAND (illustrated by Callie Metler-Smith), released in August 2017 with Clear Fork Publishing. My second book in the series, THE LIBERTY BELL TRAIN RIDE, will be chugging down the tracks in 2018. There are many points to consider when writing multiple books in a chapter book series. Read on for practical tips about using mentor texts, and ensuring that your characters, voice, plot, heart, humor, and research stay consistent throughout your chapter book series.

While writing Book Two, THE LIBERTY BELL TRAIN RIDE, I carefully considered how to make this second book consistent with the first. I started by re-reading Book One, RETURN TO CONEY ISLAND. I also read the first two books in other chapter book series. These mentor texts helped me determine how other authors handled writing the second book in a series. Here are some of my favorite chapter books and the areas of writing they helped with:

Then I prepared in the following big-picture areas:

I interviewed my main characters again. I asked questions about their favorite colors, foods, friends, books, movies and TV shows, hobbies, interests, likes and dislikes, pets, school experiences, family life moments, and other basic questions. Much of the material I collected didn’t find its way into Book Two, but I wanted to know my characters and add to their personalities.

My plot entails time travel to a historical period, an adventure, and a meeting and connection with an ancestor. I outlined the story with the goal that the second book have a similar well-defined adventure in a different time period and a compelling meeting with an ancestor.

I almost made one plot-detail mistake! In my first book, I wrote that the snow globes were kept in a large, locked curio cabinet, and Nana had the key. In the second book manuscript, I wrote that the twins simply opened the curio cabinet door. I forgot that it was locked. Luckily, I went back and re-read the first book and then noticed and corrected that detail.

It’s so important to ensure that each book in a series has heart . . . that almost intangible factor that makes the reader smile or sigh. In the first book, it was easy to capture heart because I was writing about how my grandparents met on a trolley in 1928 Coney Island. I tried hard in Book Two to ensure that the main characters would interact with each other and with the new characters in a satisfying way that would endear all the characters to the reader.

I included some humor in the first book, and wanted to do the same in the second. Re-reading helped remind me of the characters’ senses of humor and how they would react in different situations. And I added in what I hope is fresh humor that is consistent with the characters’ personalities. 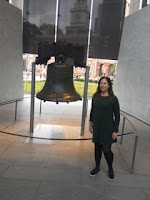 For Book One, I researched Coney Island in 1928 and I visited the world-famous Cyclone Roller Coaster (although I didn’t take a ride!), the Coney Island Boardwalk, and Nathan’s Famous Hot Dogs. For Book Two, I researched Philadelphia and San Francisco in 1915, at the time of the Liberty Bell’s last cross-country train ride to the Panama-Pacific International Exhibition. I also traveled to Philadelphia several times to visit the Liberty Bell for some first-hand research. I’m hoping to visit San Francisco as well!

During Chapter Book Challenge 2018, I’m working on Book Three in my series. It will be set in Washington, D.C. with the Library of Congress as a backdrop for the adventure. I’ll be using mentor texts, researching, and considering characters, voice, plot, heart, and humor as I’m drafting and revising.

Good luck working your way through ChaBooCha 2018. Whether you’re writing your first chapter book or the fifth in a series, I look forward to seeing your stories in bookstores and libraries soon!

Melissa Stoller is the author of the chapter book series The Enchanted Snow Globe Collection - Book One: Return to Coney Island and Book Two: The Liberty Bell Train Ride (Clear Fork Publishing, 2017 and Summer 2018); and the picture books Scarlet’s Magic Paintbrush and Ready, Set, GOrilla! (Clear Fork, Fall 2018). She is also the co-author of The Parent-Child Book Club: Connecting With Your Kids Through Reading (HorizonLine Publishing, 2009). Melissa is a Regional Ambassador for The Chapter Book Challenge, an Assistant for the Children’s Book Academy, an Admin for The Debut Picture Book Study Group, and a volunteer with SCBWI/MetroNY. Melissa has worked as a lawyer, legal writing instructor, freelance writer and editor, and early childhood educator. Additionally, she is a member of the Board of Trustees at The Hewitt School and at Temple Shaaray Tefila. Melissa lives in New York City with her husband, three daughters, and one puppy. When not writing or reading, she can be found exploring NYC with family and friends, traveling, and adding treasures to her collections.

Melissa has generously offered two prizes to give away:  a signed copy of her chapter book, THE ENCHANTED SNOW GLOBE COLLECTION: RETURN TO CONEY ISLAND and a critique of the first 3 chapters of a chapter book.  If you are a signed-up member of ChaBooCha, all you have to do to enter to win one of the prizes is comment on this post. The winner will be selected by a random number generator at noon on March 31st and announced within one day of the selection. Two winners will be selected: the first chosen by the number generator will win the signed book and the second chosen by the number generators will win the critique.
Posted by Becky Fyfe at 15:04